On November 12, 2021, Dr. Ian Parenteau met with the Defense Minister of Kosovo, the honourable Armend Mehaj. During this meeting, they discussed possibilities of developing ties between the Center of University Studies (CUS) (the Military Academy of Kosovo; a member of IAMA) and the association. As part of this discussion, they agreed to explore the idea of organizing an international security conference in the coming months and in which members of IAMA, other military academies and interested partners could play a role. Present to this meeting was also Major Vegim Krelani, former commandant of the CUS who played a crucial role in the development of CUS. 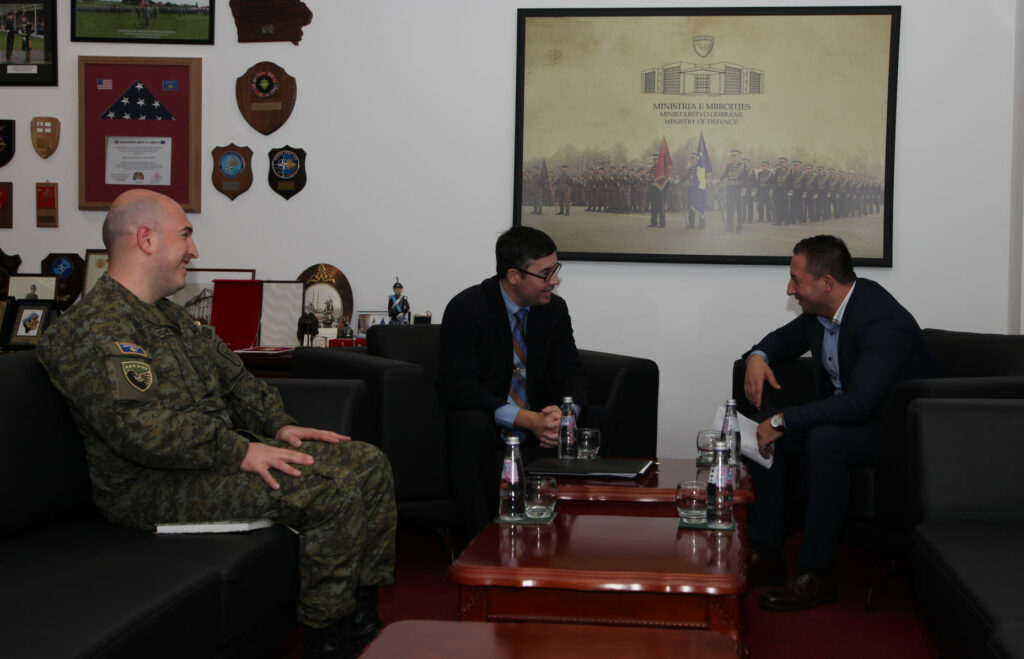